Edit Directing for Professionals with Blackbird 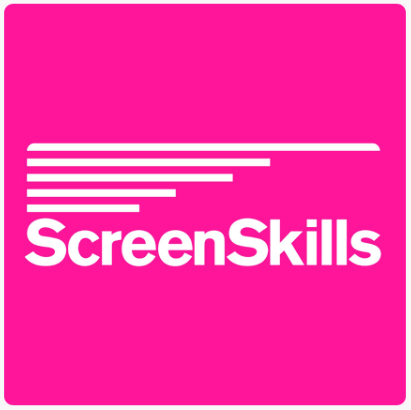 This course is eligible for bursary funding.

The rise of the Edit Directing (formerly Edit Producing) has opened up a whole new seam of work opportunities for programme-makers. But to do it successfully also brings challenges to test the skillset of even the most experienced producers and directors.

Taught by two award-winning programme-makers: exec producer, Chloe Solomon, and SP/ Senior Edit P/D Jo Woolf, this highly practical 2-day course will give you all the tools needed to step into the edit. From the essential practicalities of managing your workflow, finding good sync, timetabling your viewings, compliance and preparing for the online, to identifying the programme’s DNA, building the narrative and managing the myriad, complex relationships within the production – including with your Exec and SP, and how to give notes to your PD or location directors.

Blackbird- formerly Forscene - is the world’s most advanced cloud-based video post-production platforms. For over a decade, Blackbird has been trusted by broadcast, sports and news professionals to ‘make the story’ – logging, editing, reviewing and publishing over 5 million hours of professional video content to date.

Producers, directors, APs, PMs, and others looking to become - or become better - Edit Directors or involved in managing and working with Edit Directing. The course is also beneficial for those looking to improve their directing skills by acquiring a better understanding of how sequences, programmes and series are put together.

None. Although broadcast experience would be beneficial.

Chloe Solomon is a freelance executive producer who has been making television programmes for fifteen years. She started out as an editor making documentaries before moving through directing to producing. As a PD she worked on a range of documentaries and factual programmes including the first series of Big Brother, early living history series, That'll Teach 'Em, WIfe Swap, Supernanny and Time Team. As executive producer at the BBC she looked after The Restaurant, Raymond Blanc's Kitchen Secrets and Junior Doctors.

Jo Woolf is a highly experienced series producer and senior edit producer with credits on Bafta nominated series like The Choir: Military Wives and The Great British Bakeoff. She specialises in obs doc style series where there is a large amount of footage and the story needs to be created in the edit

Do I need to bring anything to the course?It’s advisable to bring a pen and some notepaper. Otherwise, all you need is a receptive mind and your energy and enthusiasm.Is lunch provided?We keep you replenished with teas, coffee, biscuits and fruit. We don’t provide lunch – although there are a number of sandwich shops, cafes, restaurants close by, as well as a supermarket.

What if I have to cancel?If you cancel more than 10 working days before the course date, you will get a full refund. If you cancel with less than 10 days' notice, or once the course has been confirmed, the full course fees are still due. We will however endeavour to get you onto to a future course as and when we have a spare space. Although this cannot be guaranteed and will usually involve you being offered the place at short notice, we have a great track record of making sure people get their training – even it takes a bit of time.

Cancellations must be in writing and must be received at least 10 working days prior to the course date or the full fee will be charged. DV Talent reserves the right to cancel courses at any time (e.g. if there are insufficient enrolments) without liability, and delegates will be offered an alternative date or full refund. In booking a course, you are acknowledging you have read and accepted our Terms and Conditions.

There are no dates arranged yet for this course. Register your interest and we'll let you know when dates become available.

“Very valuable having current industry professionals with clout and experience”

“Very useful, I wish I'd done this 2 years ago. A lot of practical information to digest and clearly structured between editorial, organisational and practical consideration for the edit”

“Very good and well put together”

“Very good. Great detail. Loved both practical and psychological elements. It's got me thinking about stories and characters in new ways”

“Very helpful and gave a good overview of how to approach the edit, which was exactly what I was looking for in the course”

“Very good. Very clear and practical. Really went into detail about the Edit Producer role and how best to do it”

“Very good, hands on, run by skilled and competent people who actually do the job”

“Excellent, well organised, clear communication, run by an experienced and talented team who have great authority on the subject. Wish I had done this 2 years ago!”

“Good, it felt good to have everything that I thought I know about edit producing confirmed”